In 1971, a young school-teacher named Geoff Bardon arrived at a remote Government settlement north-west of Alice Springs, called Papunya. Papunya was established to enable government agencies to provide essential services to various language groups of Aboriginal people, increasingly dispossessed by the incursion of white invasion, and struggling to maintain the hunter-gatherer way of life they had pursued for some 50,000 years.

Completely lacking in any understanding of Aboriginal culture, their relationship to their land, and the complex rules for living and relating to each other, the Government built rows of tin huts for the people to live in, mess halls, workshops, and a school. Language groups which would rarely associate with each other except on ceremonial occasions, were thrown together. ‘Avoidance’ relationships and traditional family groupings were placed under extreme pressures.

Out of this unhappy beginning, Geoffrey Bardon helped to begin a movement in artistic expression which is today very much the face of Australia to visitors and collectors from around the world. Bardon’s stay was relatively short, in no small measure because of the opposition he encountered from those who lacked his caring and inquisitive nature, but his legacy is enduring, and the Papunya Tula Artists organization he established flourishes to this day. Importantly, and to some extent because of the ‘evidence’ of the art proving relationship to the land, the Aboriginal people are increasingly moving back onto their traditional country, and establishing ‘out-stations’, more in keeping with the family groupings of the past. 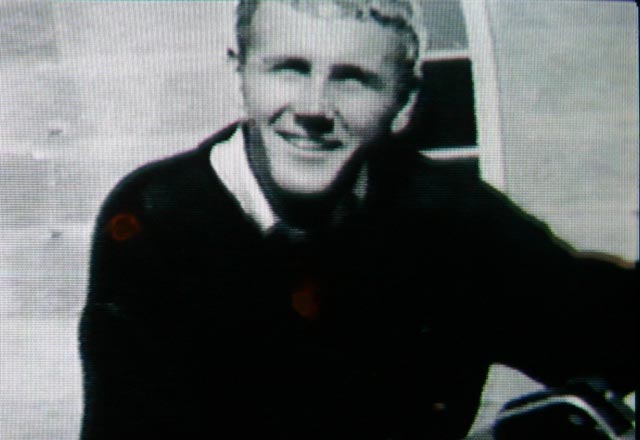 An artist and an art teacher, Bardon encouraged his pupils to draw on their own culture for artistic expression, rather than imitating the ‘white-fella’ in style and content. As the children began to use symbols, tracks and circles to portray the stories of the creation and in particular their own ceremonial attachment to particular regions, he became increasingly excited. He encouraged the children to paint a mural on the school building, but this was too large a scale for them. It did however, attract the attention of the older men, who were intrigued by this strange white man who showed an interest in their ways. Delighted by the results of the mural painting, and fascinated by the accompanying stories which explained it, Bardon began supplying the men with acrylic paints and canvas boards. From this inauspicious beginning, the art of the western desert emerged to educate the wider society about Aboriginal culture and lifestyle, in a manner which far surpassed previous efforts to bridge cultural chasms formed during the preceding 200 – odd years.

The western desert art, encompassing a wide area of central Australia, is an extension of ceremonial expression, with ancient symbols representing the Tjukurpa, or Dreaming; the time of creation when ancestral beings rose from the featureless earth, and wandered across its surface. The adventures of these ancestors, who displayed all the traits of human frailty and heroism as they fought, hunted and made love, not only established the Law, under which all of life was structured, but physically shaped the landscape. Although without the written word to pass on these laws, the Aboriginal people had their songs, ceremonies and oral traditions. They also had the land itself, with every feature, from the loftiest mountains to the tiny honey-ants, as evidence of the ancestor’s travels and as ‘tablets of stone’ to ensure correct living.

These creation stories were executed as rock art, with ochres, clays and charcoal. The same materials were used to decorate the body during ceremonies, or to adorn weapons, shields, and sacred objects.

The stories were also depicted during elaborate ceremonies, including initiations, as huge ‘ground paintings’ , were created using the same colouring ingredients, mixed with feathers, tufts of grass, and sand. The elaborate configurations, carefully prepared over many days, were used during song and ritual to pass on knowledge of the Dreaming, and would be effaced by the dancing, and eventually, the forces of nature. It was this art, omnipresent for the Aboriginal people throughout their lives, which was first put into a portable form by the far-seeing Geoff Bardon, and which has given the artistic expression of Australia its unique face.

‘TJukurpa’ translates as ‘dreams’ in the Pitjantjatjara language groups, but while it is said that much sacred knowledge is passed on during dreams, there are many other language groups which use a word which does not translate directly as ‘dreaming’, but still refers to the creation period. Although the artistic depiction of this period is expressed differently in other regions, the cross-hatching and the x-ray depictions of fish, birds and animals of the northern coastal areas for example, the Dreaming binds each person to particular parts of the land, and to particular plants and animals.

In the desert regions, the place where a person is conceived or probably more correctly, where the woman realises she is pregnant, determines that person’s totem. A person conceived in a region created by the kangaroo ancestor for example, will be related to the kangaroo in spirit and in ceremonial responsibilities. There are other ways in which people relate to the land. The ‘skin grouping’ of the tribe in some regions, also passes on direct responsibilities via the father/son line. A Jabaldjardi man has a Jungarai son, who has a Jabaldjardi son and so on. Thus Ngarlu, Old Cassidy’s country, is referred to as Jabaldjardi/Jungarai country.

There are eight ‘skin’ groupings, Jabaldjardi/Jungarai, Jabanardi/Jabanunga, Jambajimba/Jungala, Jabarula/Jackamara. Every inch of country is covered by one of these father/son lines. These skin groupings also relate to women, but with an N depicting women as against a J for men. A Jabaldjardi man has a Nabaldjardi sister for example.

Also crucial are correct relationships. If the Jungarai man does not marry a Nungala woman (a Jungala’s brother) their offspring will not be of the Jabaldjardi (male) or Nabaldjardi (female) skin, and the complex ceremonial webs will disintegrate.

The physical sites of the landscape depict the journeys of the ancestors during the Jukurpa. These stories are usually told in song, in which every detail of the the part /animal/human/plant creature’s journeys are repeated. It is not surprising that these ‘songlines’ can last for days. These songs are so evocative, that people could find their way across country hundreds of kilometres away, which they had never seen, but which they knew about because it was linked to their country and depicted in the songs. It is these epic journeys, sites and spiritual symbolism which is encompassed in the magnificent paintings which have emerged from the desert. The art is the very soul of this ancient continent.

The last of a group of the Pintibi tribe who had never seen a white man emerged from the western desert in 1984.
Bob Innes.